Free Is Not Free

I was a very early adopter of digital photography, and am cognizant of this method's tangible benefits and drawbacks for the pro photographer. And what I am about to say has profound implications for the photographic profession, but that is a topic for another day.  Our seemingly instinctive belief in the reality of what we see in a photo is also in danger, but I have already talked about that.  This post will focus on the general public.

The general public is enamoured with digital photographer and that love for photos as electrons has destroyed a whole industry making film and paper.  But that is not the real cost of the digital revolution. The primary thrill for the general public about digital photography is that it is FREE-- no more film and printing... They are finally free to take an unlimited number of photos with no cost.

But there is a cost!

It is axiomatic that we do not value things that are free.  The number of photos taken by digital photographers as opposed to film photographers is not even on the same order of magnitude.  The world is awash with electrons masquerading as photographs.

What is rare is valued and what is in oversupply is not.  For example, once upon a time a man was sexually stimulated by a chance view of a woman's finely turned ankle, now a whole generation is becoming bored with frank pornography.  Just as the mystery and magic has been taken from sex by the digital revolution, it has now been taken from photography by the  same technology.

We have lost the preciousness of these things two things being precious, and that is a very high price indeed.  What will be taken from us next by the tyranny of the electron? 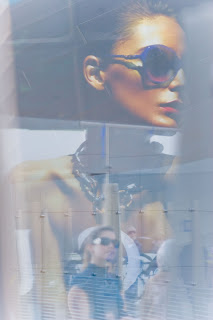