At This Very Moment

He says in his first photography class at the YMCA in New York City in the Sixties, his instructor made students take all of their photographs on a tripod.  And even after the class was over, Patterson was afraid to shoot off the tripod for a year.

He states in relation to that anecdote that the main failure of photographers now is a lack of discipline--even among serious and professional photographers.  He also relates that the most satisfying  part of photography for him is developing a relationship with his subject--drinking in the image of a field of wheat or some ferns and he can better develop this relationship by slowing down and using a tripod.

Oddly enough, I spent a year teaching myself photography in the early 70's by shooting only from a tripod for a full year.  No one told me to do this or even suggested it.  I just knew it was the right thing to do. I wonder how many young digital photographers will practice the same discipline.  I do wonder.

Photo by my friend, the inspired photographer, MM 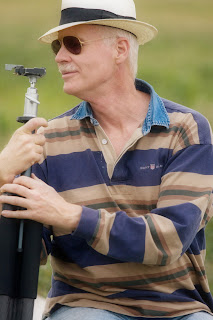